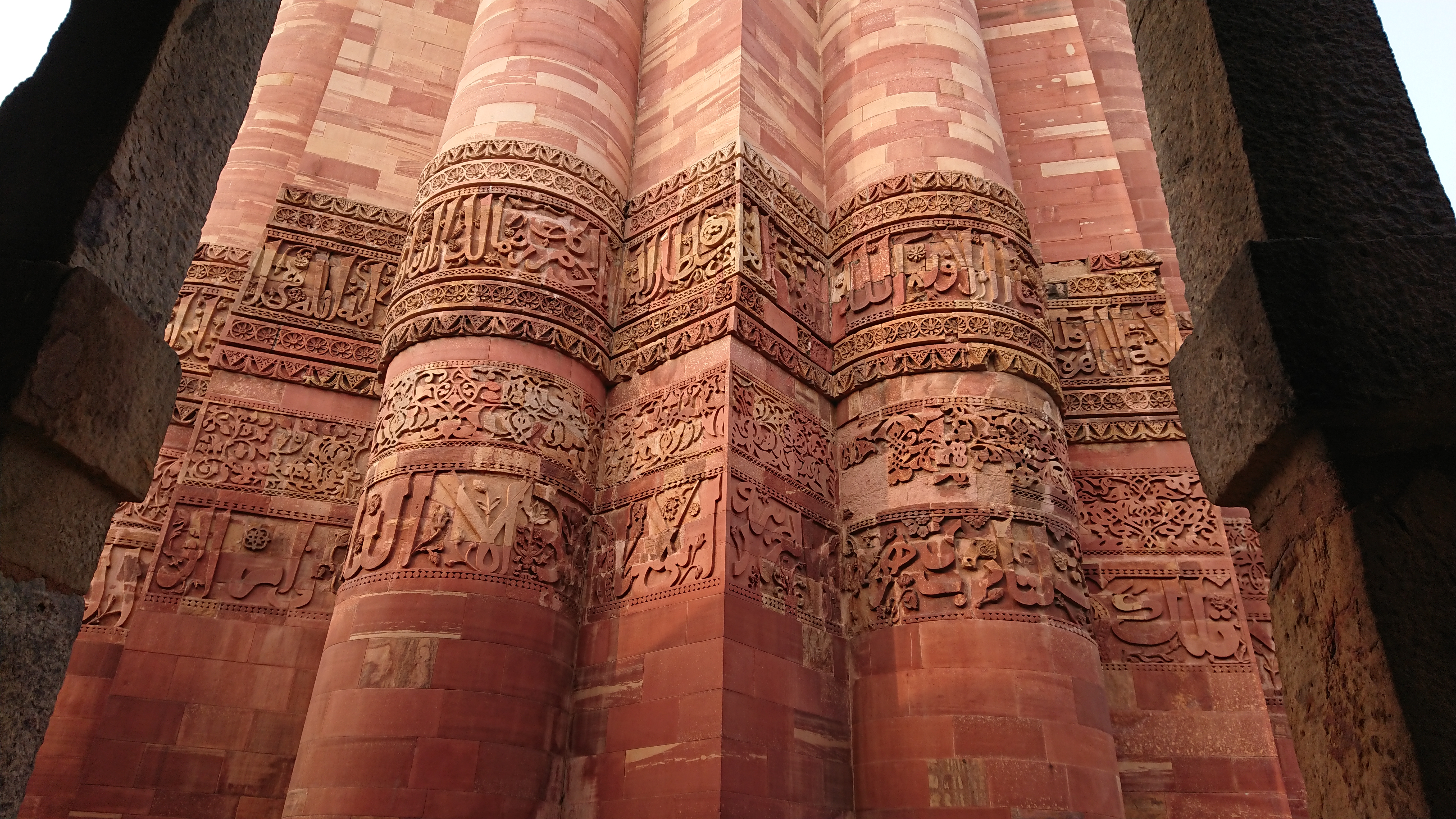 In the afternoon we visited Qutub Minar which is one of the main tourist attractions in Delhi. Entrance fee is 600 rupees for foreigners (a little steep by Indian standards) but it is a beautiful place to visit.

The 73m tall minaret was built as a symbol of victory by Qutb Ud-Din Aibak over the Hindu people in the 12th century. The first three stories were constructed from red sandstone and are intricately carved with verses from the Qur’an. His son-in-law Iltutmish later added three more stories made of marble and red sandstone.

Quwwat-Ul-Islam mosque was the first mosque to be built in India. Its main structure is made with material taken from the demolition of the Hindu temples that previously stood there. Some pillars of the original temples can still be seen, although any carvings of Hindu gods and goddesses were destroyed.

There is also an Iron Pillar, dating all the way back to the 3rd century. The Hindu inscription is written in an ancient language which was then translated into Sanskrit and later into Hindi and English. Originally, people would hold the pillar and pray to Lord Hanuman.

After wondering around Qutub Minar and taking in the architecture, we headed into New Delhi to visit the Birla Temple. It’s not a big tourist attraction but we’ll worth a visit and was personally one of my highlights (joint with the chaotic rickshaw ride!). It was built in the 1930s and inaugurated by Mahatma Gandhi who declared that the temple would always be open to people of every caste and of any faith. Many scholars come to the temple to study Hinduism and the temple is famous for it’s magnificent celebration of Janmashtmi (Lord Krishna’s birthday). Phones and cameras are not permitted inside the temple (hence the lack of photos) but the murthis (statues of gods and goddesses) are stunning and the there are many beautiful inscriptions carved into the marble both in Hindi and English showing some of the Hindu stories or verses from the Gita. It was a lovely way to end a very busy day, especially getting to see the temple at sunset.

Of course there’s so much more to see and do in Delhi but this is all we had time for… Next stop Jaipur!!