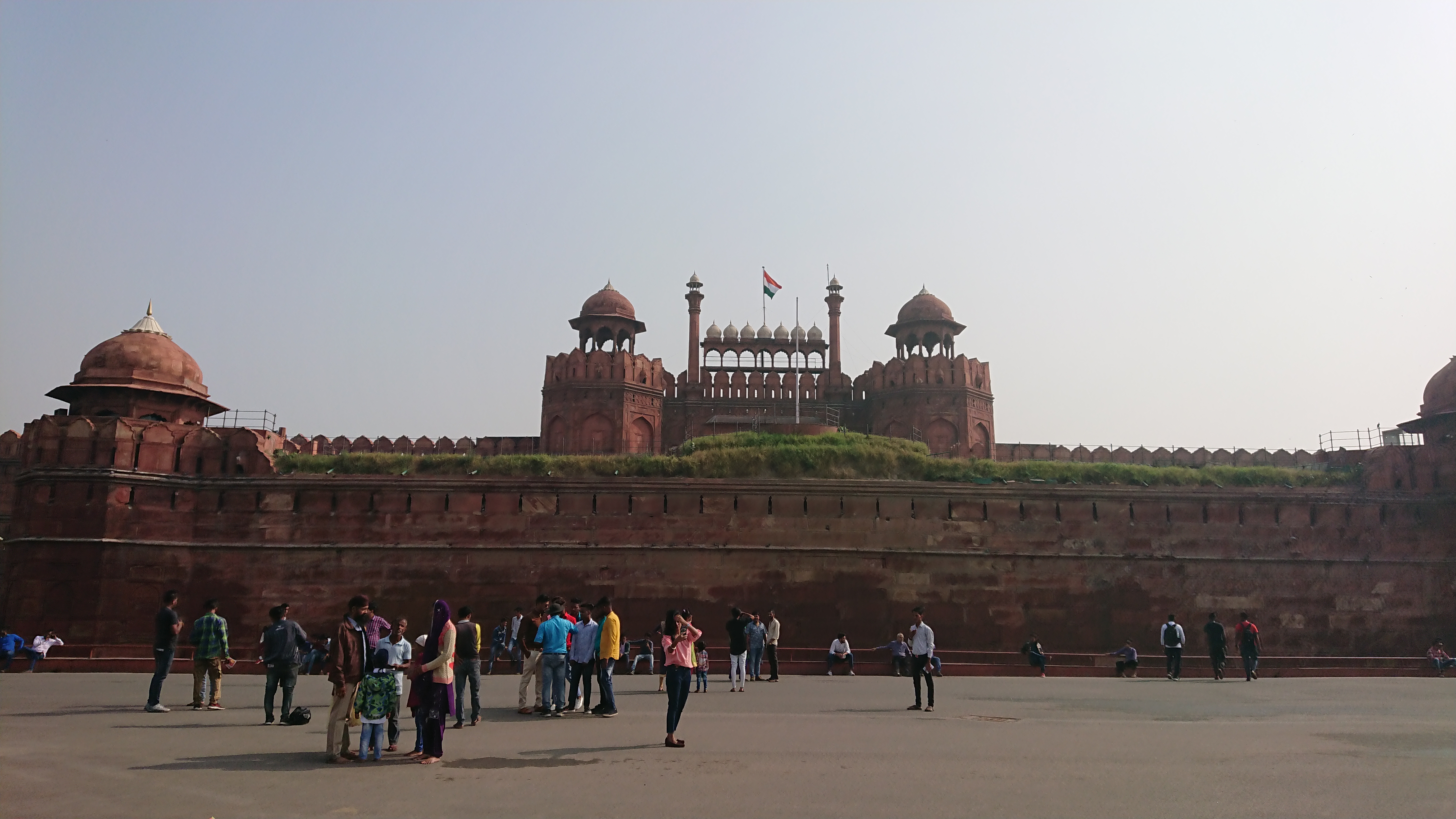 I’m travelling around India this month and wanted to write a post on some of the sightseeing I’ve done in Delhi. There’s so much to see and do – it’s chaotic, crazy and a little overwhelming but I loved it!

We started the day at Jama Masjid, a magnificent mosque built by the Moghul Emporer Shah Jahan in the 17th century. It’s made from red sandstone from Jaipur and white marble from Agra and took over 5000 labourers and artisans to transport and build the mosque. There are three large domes (each designed to keep the inside cool from the scorching Delhi sun) and two 40m tall minarets stand at each end. There are three sets of stairs and gates as entrances, the Eastern gate originally serving as the royal entrance. There’s no entry fee but you will be charged 300 rupees if you want to take photos inside. You have to take your shoes off outside but don’t be fooled by anyone who says you need to pay them for leaving your shoes there! A useful tip is to carry around a spare cloth bag (there’s a plastic bag ban here and you can get fined if using one) for your shoes so you can keep them with you incase you’re worried they’ll get nicked, and also a pair of socks that you can put on if you don’t want to walk around bare foot.

Next to Jama Masjid is the famous Chandi Chowk with it’s colourful markets. We took a rickshaw ride through the busy market, along Chandi Chowk and across to the impressive Red Fort.

The Red Fort (locally known as Lal Qila) was also built by Shah Jahan as the his main residence. In modern times it was the place where India independence was declared. It is celebrated here every year with the prime minister giving a speech and raising the Indian flag. The surrounding wall is nearly 2.5km long and within it’s large grounds there are often big funfairs during festivals such as Diwali. We didn’t go into the fort, just made a quick stop to have a look and take a few pics!

Next we travelled to the Gandhi Memorial but unfortunately it was closed to tourists as they had some special guests visiting so we headed onto the stunning and contemporary Lotus Temple. It’s a place of worship for the Bahai faith although all visitors are welcome inside. The impressive lotus structure is made from pure white marble, imported from Greece, and surrounded by nine pools giving the impression of a floating lotus flower. No phones or cameras can be used inside and a strict code of silence is followed to allow visitors to peacefully meditate. I certainly came out feeling calm and rested and enjoyed having some rare quiet time away from the honking horns in the city.

We visited a few other places but I’ll save that for another post!